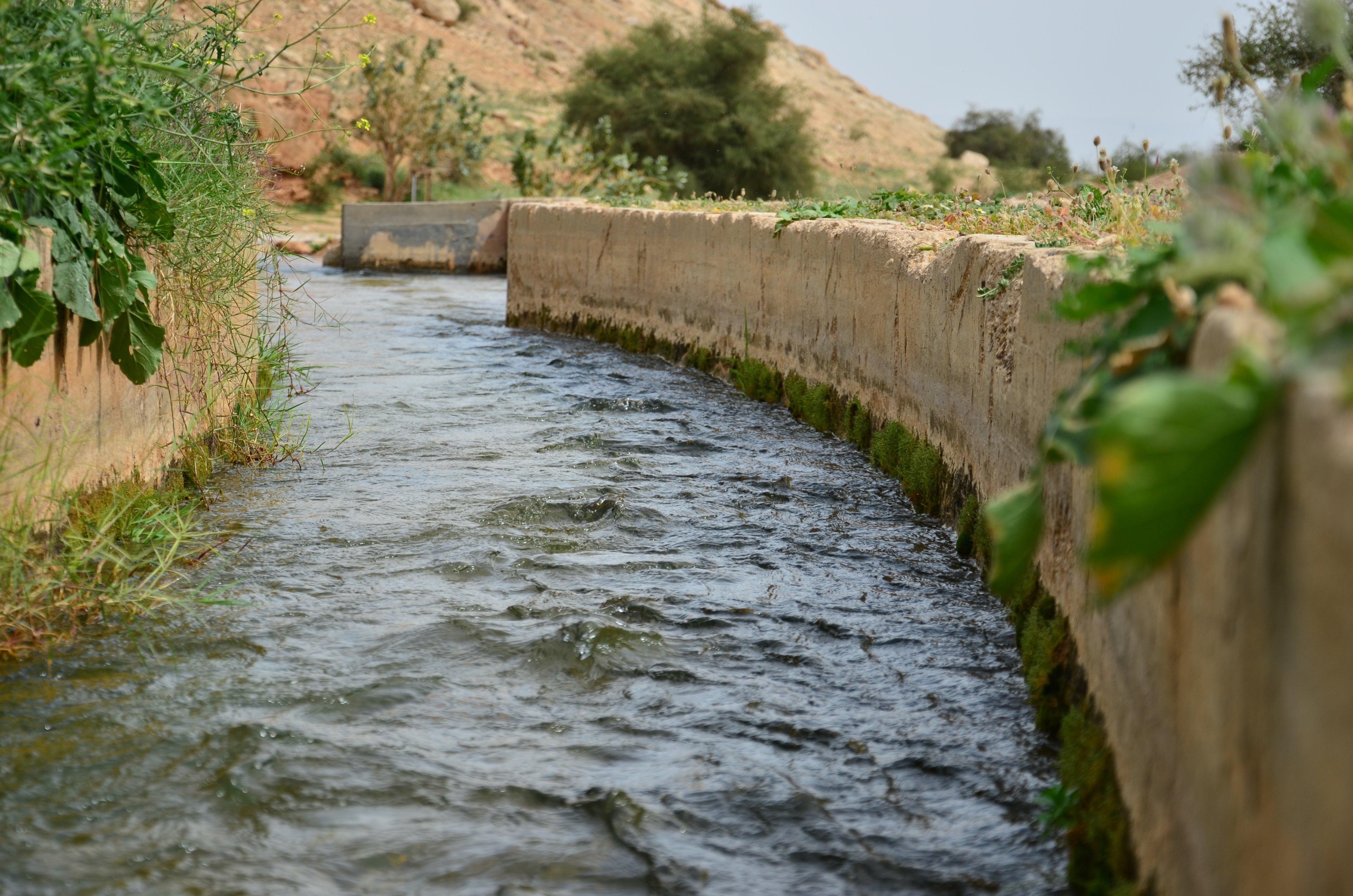 Al-Haq was established in 1979 as an independent Palestinian non-governmental human rights organization with the aim to protect and promote human rights and the rule of law in the occupied Palestinian territory. Al-Haq focuses a portion of its research and advocacy on the area of business and human rights. It examines and challenges the nexus between business interests and Israel as the occupying power, which together exploit the natural resources of the occupied territory for the benefit of Israeli and transnational corporations.

Israeli officials and water technology companies sell the myth that they were able to make the “desert bloom” and ignore the reality of historic Palestine as a water-rich country. The central role of Israel’s occupation, and its systematic policies and practices that target Palestinian water supplies and create a situation of water deprivation for Palestinian communities, is disregarded.

Moreover, Mekorot and other Israeli companies have concluded a number of agreements and partnerships throughout the world on the basis of their “expertise” in water management and technology.

This week, Al-Haq would like you to consider checking whether your country or state has concluded any agreements with Mekorot. If so, consider:

Area C, which comprises 60% of the West Bank, is under full Israeli control. Area C is also where the majority of Palestinian natural resources are located, including fertile land, Dead Sea minerals, water resources, and quarries. Because of Israel’s control over the area, Palestinians have limited, if any access, to these resources. For example, the entire Dead Sea coastline in the occupied Palestinian territory is under Israeli control. Palestinians may only access their portion of the Dead Sea by entering Israeli settlement beach resorts via an entry fee. Israel’s discriminatory planning system imposed on Palestinian residents of Area C makes it nearly impossible for individuals to make use of their land there. The United Nations Office for the Coordination of Humanitarian Affairs (OCHA) estimated that between 2010-2014, Israel only approved 1.5% of permit applications.

“Is it possible today to concede control of the [Mountain] [A]quifer [in the West Bank], which supplies a third of our water? Is it possible to cede the buffer zone in the Jordan Rift Valley? You know, it’s not by accident that the settlements are located where they are.” – former Israeli Prime Minister Ariel Sharon

Although Palestine is water-rich and receives a high level of annual rainfall, Israel’s policies and practices since the start of the occupation have ensured that Palestinian communities throughout the occupied Palestinian territory remain water deprived.

Following the 1967 war, Israel was able to gain access and control over ground and surface water resources in the occupied Palestinian territory through its occupation. It quickly implemented a series of military orders to further deepen its control over the resource.

Israel has consistently over-exploited shared water sources for its own benefit, while limiting Palestinian access. To get the water they need, Palestinians in Area C are forced to buy from private companies at inflated rates, and to ‘illegally’ construct water infrastructure without hard-to-obtain Israeli permits. These are routinely destroyed by Israeli soldiers. Palestinian communities that are connected to water networks may also face water shortages. Israel’s national water company, Mekorot, frequently cuts the water supply to Palestinians – sometimes by as much as 50 percent from the Palestinian allocation – during the summer months in order to meet demands in settlements. Around 200,000 Palestinians in the West Bank have no access to the water network whatsoever.

On the other hand, Israeli settlers, who are fully connected to the water network, pay a minimal rate for water. As a result, around 600,000 Israeli settlers consume six times as much water as the entire Palestinian population of about 2.8 million in the West Bank. This discriminatory and inequitable allocation of water resources between Palestinians and Israelis has been described as creating a situation of ‘Water-Apartheid.’

“I am a resident of Al-‘Aqaba village, east of Tubas City in the Northern Jordan Valley. […] My family and I live in a house built of bricks and concrete. There are 12 of us.

There is a water shortage in the village since there is no public water supply or water source in Al-‘Aqaba. This is because the Israeli occupying authorities and the Israeli Water Company [Mekorot] have refused to install water pipelines and a network to supply the village houses with water. As a result, I am forced to purchase water from ‘Ein Al-Far’a area, located at a distance of about 14 kilometres southwest of village of Al-‘Aqaba […]. Tank trucks transport the water to the village. The water is very expensive. Each cubic metre purchased and transported from ‘Ein Al-Far’a to Al-‘Aqaba costs almost 15 NIS [approximately $4.15 USD]. I buy water every ten days. A tank truck can carry 150 (sic?) cubic metres of water, which costs 150 NIS [approximately $41.58 USD]. […]

This situation causes me great suffering and financial burden. Especially in the summer, I have to pay around 450 NIS [approximately $124.73 USD] a month to purchase water from ‘Ein Al-Far’a. All the residents of Al-‘Aqaba face this problem. The Israeli occupying authorities and the Israeli water company ‘Mekorot’ are responsible for our suffering because they refuse to allow us to install water pipelines.

According to the Israeli occupying authorities, the village of Al-‘Aqaba is considered a closed military zone, in which construction and residences are forbidden. Therefore, they refuse to allow residents to install any pipelines or access water from the aforementioned company’s network. […] If we had been allowed to install water pipelines and access water from the Israeli company, a cubic metre of water would have cost only 3 to 4 NIS [approximately $1.10 USD]. […] I do my best to not waste a single drop of water. For example, I collect and use bathwater for irrigation. […]. Also, I use purchased water very carefully. My family members and I do not use this water for bathing, laundry or other domestic uses. […]

In light of the harsh economic conditions we experience in the village of Al-‘Aqaba, I cannot afford to buy water at a high price on a regular basis. Our income is too low. I store purchased water in a well near my home. We pump it to tanks on the roof using an electric water pump, incurring further costs. At the same time, water is available in the ‘Mekorot’ company’s pipelines, which are close to the village. However, the Israeli occupying authorities and company refuse us access to even a single drop of water transmitted by these pipelines.”

“Don’t make an example of me again!
Oh, gentlemen, Prophets,
Don’t ask the trees for their names
Don’t ask the valleys who their mother is
From my forehead bursts the sword of light
And from my hand springs the water of the river
All the hearts of the people are my identity
So take away my passport!”

From “Passport,” by Mahmoud Darwish, regarded as the Palestinian national poet. Full poem available at https://www.palestineadvocacyproject.org/passport/.

“Facts on the Ground: How Natural Resources Fuel the Occupation,” Al-Haq interactive website, available at https://medium.com/@alhaq/facts-on-the-ground-542fb4d17d08

“Water For One People Only: Discriminatory Access and ‘Water-Apartheid’ in the OPT,” Al-Haq, 2013, available at http://www.alhaq.org/publications/Water-For-One-People-Only.pdf

“Bluewashing Around the USA, Alliance for Water Justice in Palestine,” 5 October 2016, available at http://waterjusticeinpalestine.org/blog/2016/10/4/bluewashing-around-the-usa