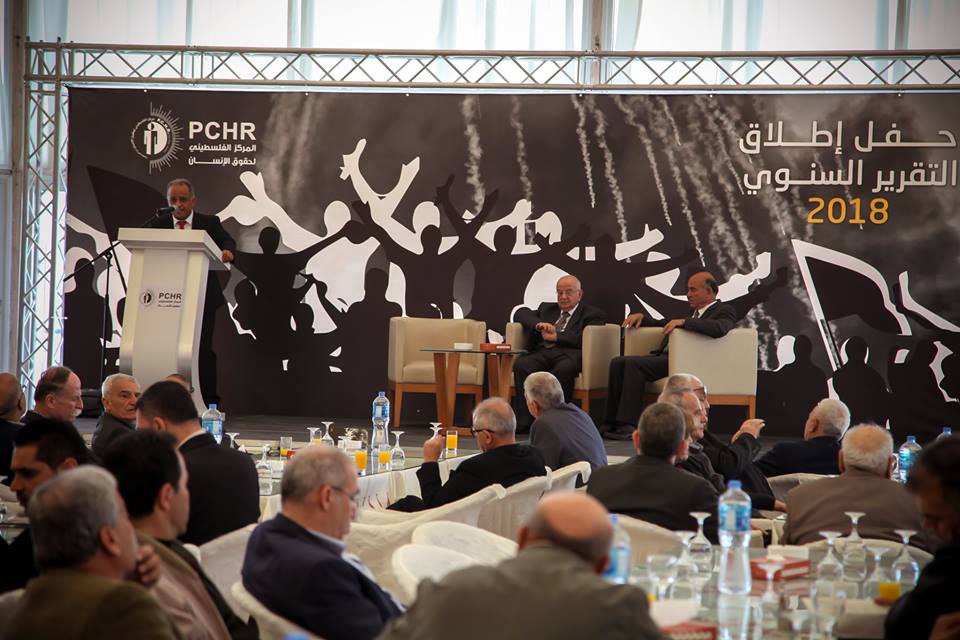 Human rights abuses in Israel and Palestine have been well documented by the United Nations, Human Rights Watch, Amnesty International, and other organizations for decades. And yet the violations continue. Locally, the Palestinian Centre for Human Rights (PCHR) fights to ensure that human rights are restored to all citizens in the occupied territory. Here is what you need to know about these human rights abuses and what you can do so that together we can rise up.

The Palestinian Centre for Human Rights (PCHR) is a Gaza-based Non-Governmental Organisation (NGO) dedicated to protecting human rights, promoting the rule of law and upholding democratic principles in the occupied Palestinian territory. The Centre was established in 1995 by a group of Palestinian lawyers and human rights activists in order to:

The work of the Centre is conducted through documentation and investigation of human rights violations, provision of legal aid and counseling for both individuals and groups, and preparation of research articles relevant to such issues as the human rights situation and the rule of law. The Centre also provides comments on Palestinian draft laws and urges the adoption of legislation that incorporates international human rights standards and basic democratic principles.   Once you’ve learned about human rights abuses against Palestinians, the Palestinian Center for Human Rights urges you to get involved by:   Becoming active in your local Palestine Solidarity Campaign.   Solidarity Campaigns are organisations with a worldwide spread but a community focus. They are active in promoting awareness and understanding of the plight of Palestinians. By joining your local campaign you can become involved in advocacy, organising events and even witnessing first hand what is happening at the hands of the Israeli Occupation Forces. In France, contact palestine@noos.fr. In Italy, assopace@tiscalinet.it. In Spain, contact al-quds.malaga@nodo50.org, info@alqudsmalaga.org, or csca@nodo50.org. In Ireland, supportpalestine@ireland.com. And in the United States, middleeast@forusa.org. For details about solidarity groups in other countries please send an email to pchr@pchrgaza.org. Getting involved in translating the work of PCHR into different languages.   PCHR already gets many of our reports translated into Spanish and a limited number translated into Italian and French. However, we are always keen to inform new groups of people about our work. To find out how to become involved in translating PCHR documents please email us at pchr@pchrgaza.org.   You can find The Palestinian Center for Human Rights on their website at http://pchrgaza.org/en/. Or find it on Facebook at https://www.facebook.com/pchrgaza/, Twitter at https://twitter.com/pchrgaza, or YouTube at https://www.youtube.com/user/pchrgaz. You can join the PCHR mailing list by sending an email to request@pchrgaza.org. Simply write “subscribe” in the subject line.

Hani Bassam Qdieh   “My dream was to have a normal childhood and to live in freedom, prosperity and good health,” Hani Bassam Qdieh emphasizes as he starts talking about his life. Hani is a 21-year old Khan Yunis resident and the oldest of his brothers and sisters. He started suffering at the age of 5 when he was diagnosed with cancer in the respiratory system and otitis medium. As the medical facilities in the Gaza Strip cannot accommodate the advanced treatment that his condition requires, his case was transferred to Assuta hospital in Tel Aviv in 2016. Until now, his exit permit for medical treatment has been rejected by the occupying power for security reasons. Hani received both chemotherapy and radiology in Hadasa hospital in Jerusalem in 2005, as a result of which damage occurred in his right facial nerve, which he suffers from until the present day. “I had a very hard time growing up with my condition and as a young child I blamed my parents for not treating me like other children. I had difficulties with speaking and also my sight was affected, so I grew up isolated as I could not socialize with other kids,” Hani describes how his medical condition affected his childhood. Approximately one year ago, the doctors decided that Hani should do an atomic scan of the tumor area before a big surgery in order to determine how spread the tumor is and plan the surgery and treatment accordingly. “The doctors told me that I need ongoing medical follow up and a surgery in a specialized hospital on the seventh nerve on my face where the tumor is located,” Hani explains. Due to the unavailability of this treatment in the Gaza Strip and West Bank hospitals, Hani’s case was transferred to Assuta hospital in Tel Aviv. The doctors scheduled seven appointments between 15 August 2016 and 27 February 2017 and the family has relentlessly been trying to get exit permits for their son’s medical treatment from the Israeli authorities. On 25 September 2016, Hani was summoned by the Israeli security services and interrogated for hours. The Israeli officer questioned him about his disease and medical condition and also about his family members and people living in his neighborhood. Hani was finally asked to request another appeal and promised that his chances of approval were very high. On 26 September 2016, Hani requested an appeal according to the rules of the Israeli office of civil affairs to travel for treatment. Two weeks later the patient received the news that his case was under scrutiny. At the end of October, Hani sent a new appeal to the general authority of civil affairs with the aim of travelling in the end of November. Following yet another rejection, the family tried again and sent a travel request on 5 December with the aim of travelling two weeks later. “I applied 14 times to get a permit and every single time it was rejected, my case was held under scrutiny or I was questioned for hours by the Israeli intelligence,” Hani stresses. PCHR submitted two appeals in October and November 2016, emphasizing that Hani has not committed any violations of law that would explain a delay of travel or revoke of his medical treatment. Even though Hani is a cancer patient in a severe medical condition, both appeals were rejected by the occupying power. If his travel gets delayed further, his medical condition will deteriorate. “Whenever the date of travel comes closer, I become very anxious and pray to god that I can leave. Every time I get a rejection I get more disappointed,” Hani describes. The last time Hani applied for a permit from the Israeli authorities through the general authority of civil affairs in Gaza, on 27 February 2017, he received the response that his application was under study. This was after he was interrogated by the Israeli intelligence at Erez crossing in January 2017 and, again, informed that there was no issue with him travelling and asked to simply apply for a new permit. According to the World Health Organization (WHO), approval rates for exit permits from Gaza dropped as low as 44% in October 2016, compared with 82% in 2014 and 93% in 2012. “My only wish is to get treatment in another country and finally get better, but I don’t even have enough money to cross Rafah (into Egypt),” Hani explains. “Our only dream is for our son to live a normal life, to be treated like everyone else, to be able to study and get married. When the doctors told us that he can be cured, we were so relieved but the closure is destroying all his chances to get better,” Hani’s father emphasizes. The Israeli closure is depriving the Gaza population of their right to enjoy the highest attainable health standards by prohibiting patients to travel abroad for medical treatment. According to PCHR records more than 10,000 civilians were affected by this in 2016 alone. This is in addition to the decline in medicine and medical equipment in Gaza as a result of the siege, which prevents patients from acquiring appropriate treatment within the Gaza Strip. The PCHR relentlessly fights for patient’s exit permits for medical treatment abroad to enable civilians to gain access to the highest attainable standard of health, which is considered a fundamental right of every human being.   Originally published by the PCHR.1   1 http://pchrgaza.org/en/?p=9048

Call into your local radio stations and dedicate a song for Palestine. Share what song you chose for Palestine on social media and include a link to this page of the Kumi Now website along with the hashtags #OpenGaza, #KumiNow, and #Kumi51. See what other songs people are sharing and check out our Kumi playlist!

“Americans at Yad Vashem” by Amanda Hawkins One night in Lent a representative from the Muslim congregation came to talk to the people of a church. The imam said forgiveness is not the same as reconciliation. I was teaching writing via immigration laws. The students argued languages. The candidates argued walls. The imam asked the people: What communities live underground? Whom don’t we talk about or see? Whom are we silencing?   From “Americans at Yad Vashem” by Amanda Hawkins, an American poet holding her MA in Theological Studies. Published by Poets.org.1 1 https://www.poets.org/poetsorg/poem/americans-yad-vashem