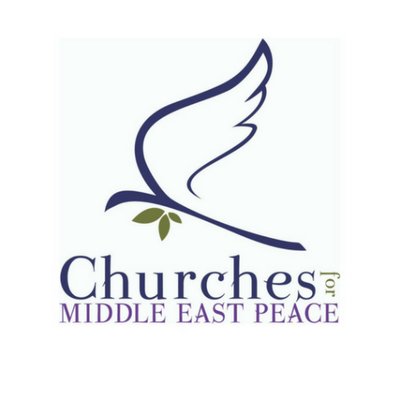 Churches for Middle East Peace
Living in Gaza under Blockade

Implemented in 2006, the Israeli blockade of Gaza was intended to punish Hamas for their victory in the 2006 elections. However, the reality is that children, families, and ordinary citizens are most punished by the blockade. Churches for Middle East Peace (CMEP) sees the injustice in the blockade and is working to stop the blockade. Here’s what you need to know about the blockade and what you can do so that together we can rise up.

Churches for Middle East Peace (CMEP) is a coalition of 27 national church denominations and organizations in Catholic, Orthodox, Protestant, and Evangelical traditions. Through its more than 47,000 individual constituents and denominational partnerships, CMEP influences millions of American Christians. CMEP works to encourage U.S. policies that actively promote a just, lasting, and comprehensive resolution of the Israeli-Palestinian conflict, ensuring security, human rights, and religious freedom for all the people of the region.

Hamas rode to victory in the Palestinian Legislative Elections of 2006 on three simple promises: rooting out corruption, restoring Palestinian security, and fighting unemployment and poverty. Upon having Hamas elected, Israel imposed a blockade on Gaza, closing border crossings in concert with Egypt, imposing a no-fly zone, and limiting access to the sea to a maximum of six nautical miles. Hamas is listed as a terrorist organization in whole or part by 36 countries.

Ten years on, Israel’s blockade is still in effect, political fighting between Fatah and Hamas has stymied democratic progress, and the two million Palestinians living in Gaza are languishing in conditions former British Prime Minister David Cameron equated with a “prison camp.” A 2017 report from the United Nations Special Coordinator Office for the Middle East Peace Process (UNSCO) concluded Gaza would be completely uninhabitable by the end of 2020 due to the “de-development” of the territory. Since 2007, Gazans have endured three wars between Israel and Hamas over the blockade, which has left Gaza’s infrastructure in perpetual disrepair.

The most recent war between Israel and Hamas was the nail in the coffin for Gaza’s infrastructure. The energy crisis is in part due to bombardment of the territory’s sole power plant during the 2014 war. The Jerusalem Post found nearly 18,000 houses and 170 schools were destroyed and that over 150,000 homes were partially damaged in the war. The blockade prevents most construction materials from entering for fear and suspicion they will be used to fortify Hamas positions rather than repair civilian housing. All wood beams thicker than one inch have been banned to that effect, as have private donations of concrete, rendering reconstruction efforts challenging, if not impossible.

While living amidst shelled out structures of their former homes, Gazans face increasing energy insecurity. As of June 12, 2017, amid escalation of divisions within Palestinian politics, Palestinian President Mahmoud Abbas would not pay the Gaza Strip’s electricity bill and asked Israel to cut electricity flow to the territory.  Though Egypt provided some relief, energy production since then has fallen short providing only one-third of Gaza’s basic needs. Average Gazans get anywhere from two to four hours of electricity a day, often at random times, and depend on candles and battery powered lights to do basic activities.

As of summer 2017, the water treatment plant, deprived of power, leaks more than 100,000 cubic meters of sewage into the Mediterranean and coastal aquifer every day. World Bank analysis indicates Gaza’s present rate of water consumption is unsustainable: the population is eight times larger than can be supported. The groundwater is heavily polluted, largely unsafe for human consumption, and will be completely undrinkable by 2020.

The World Food Program reported 57 percent of Gazan households experience food insecurity, which is exacerbated by Israel’s unilateral 300 meter buffer zone on the border where anyone entering may be shot. This leaves 35 percent of Gaza’s farmland unusable. Israeli newspapers and NGOs fought a long court battle to uncover that Israeli Health Ministry officials were calculating the minimum caloric needs of Gazans to prevent starvation when considering how much food would be permitted to enter the Strip. No contingency plans were found for when shipments were lost in transit or if Gaza suffered an unsuccessful harvest.

Since Hamas seized power in Gaza, Israel and the Palestinian Authority have spent thousands of lives and billions of dollars to dislodge the group to no avail. Three incredibly destructive wars and the Israeli Defense Force’s (IDF) policy of disproportionate responses to Hamas attacks have done more damage to Gaza’s civilian population than to Hamas’ grip on power. President Abbas has decided to cut the salaries and pensions of Palestinian Authority employees in Gaza when more than 80 percent of Gazans depend on some form of aid to eat, electricity and water are scarce, and much of Gaza’s infrastructure lies broken.

One of CMEP’s summer interns, Oday Abdaljawwad, is a Fulbright Scholar completing his Master’s Degree in Peacebuilding and Conflict Resolution at Brandeis University. He grew up in Gaza. When he was last home, one could expect to get six hours of electricity, followed by an eight-hour blackout. After talking with his family recently, Oday found that on average they go thirty hours at a time without electricity. Student life was difficult enough with only six hours of electricity: often they were unable to properly study, research, or turn in their assignments.

During the 2014 war, many Gazans updated their friends and family through Facebook. As Oday was checking in on his loved ones during a lull in the fighting, he saw two photos of mothers weeping at their son’s funerals; one was Palestinian, the other Israeli. He recalls that moment as one of enlightenment: it was the first time he saw Israelis not as soldiers and enemies, but as human beings who feel, suffer, and can lose those they love, a feeling with which he is familiar. His uncle and two of his cousins have died during Israel’s wars in Gaza.

Oday wanted to earn a master’s degree since he had seen how his father’s master’s degree had improved his family’s quality of life, and hoped to study either English or Linguistics.  After his moment of enlightenment, Oday decided to study Conflict Resolution and Peacebuilding instead and applied for a Fulbright Scholarship. He chose Brandeis specifically because it was a Jewish university and his desire to learn about Jewish culture and show that community many Palestinians do want peace. The occupation led him to grow up believing the misconception that Jews and Israelis are one and the same; subsequently all Jews were Palestine’s enemies. Ten years ago, Oday held drastically different hopes for the resolution of the Israel-Palestine conflict; he would have called for an end to Israel’s existence. Now he sees the two-state solution and an end to the occupation of Gaza and the West Bank, as well as the fulfilment of Palestinian’s basic needs, as the way forward and acknowledges the problems with his previous viewpoint. Despite the adversity he has faced, Oday is convinced that if activists focus on connecting and uniting Israelis and Palestinians and educate themselves on the issue, there will be positive, tangible gains towards peace.

CMEP is especially concerned about the dire humanitarian situation in Gaza. If you are in the United States, we encourage you to reach out via email or phone to your members of Congress and urge them to oppose the Trump administration’s decision to cut American humanitarian and economic assistance to Gaza.

Following this decision, they then announced that the U.S. was cutting all funding for UNRWA, the UN agency which provides critical services to the 5 million Palestinian refugees, including over half the population of Gaza. Let your elected officials know cutting services to the people of Gaza will only further exacerbate the crisis, leading us further away from an end to the blockade. While addressing humanitarian concerns will not lead to a just end to the conflict, it is critical these services remain intact.

If you are located outside the United States please contact your government officials, especially your country’s ambassador to Israel. Encourage them to put pressure on Israel to lift the blockade and work with international partners to ensure the needs of all parties are taken into account.

The Kumi Team encourages you to work within your Kumi Community and with other Kumi Communities online to find the most creative ways to get your messages across. When you come up with a creative idea share it using the hashtags listed below. You will find more information on how to contact your government leaders and ambassadors on this page of the Kumi Now website.

Then, share your creative messages and ways you delivered them on social media. To get more attention on your post, include an image of Gaza with a line from your message on it, if you can. Include a link to this page of the Kumi Now website along with the hashtags #KumiNow and #Kumi44.

A Prayer for Gaza

Looking at the state of affairs in Gaza, one can feel hopeless. We must always be active in bringing the time of hope to fruition by advocating for a just, lasting, and comprehensive solution to the Israeli-Palestinian Conflict. The solution lies in a settlement reached through negotiation and understanding rather than brutality and starvation. We offer this prayer:

Be with the people of Gaza, and all in the Holy Land, who are persistently hoping for an end to the conflict. God, you promise to be with your people during times of grief and times of joy. Be with those in Gaza, be with those who hunger for daily nourishment and justice. Be with those who thirst for water and for a brighter future. Guide those in Gaza as they work together to bring peace to their communities. Help us to learn from them, and to stand alongside them in persistent hope.

In the name of God the Father, the Son, and the Holy Spirit.

Videos on life in Gaza:

Watch one of the webinar interviews hosted by CMEP: http://cmep.org/events/webinars/

Read and sign up for CMEP’s weekly bulletin: http://cmep.org/resources/bulletins/

The Prayers for Peace blog: http://prayersfortheholyland.org

For reliable news on the conflict, CMEP suggests Gisha (http://gisha.org/), B’Tselem (http://www.btselem.org/), and the UN Office for the Coordination of Humanitarian Affairs (OCHA) for the Occupied Palestinian Territory (https://www.ochaopt.org/).