Just the Facts: Christians in the Holy Land 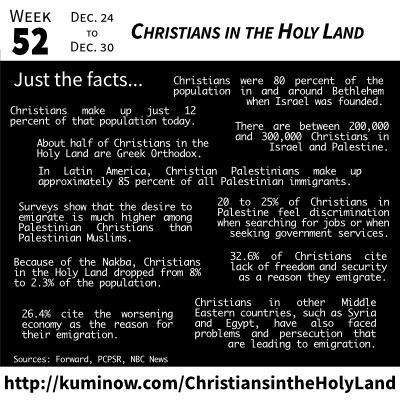 To learn more you can watch The Stones Cry Out. And we have a playlist of related videos on YouTube.