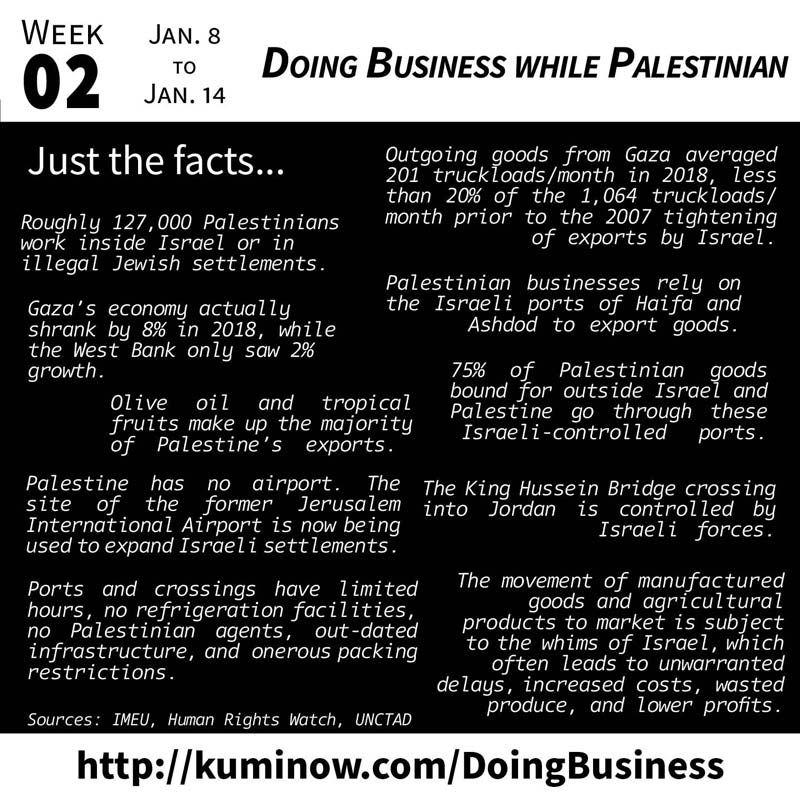 You can also check out the EU’s page regarding Palestinian trade.