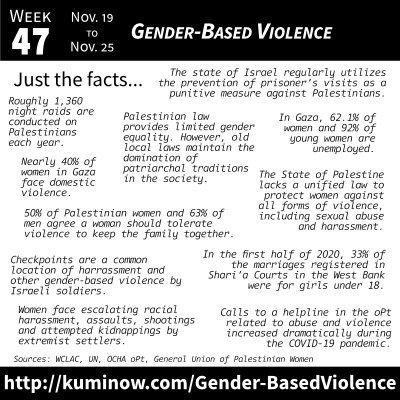 In addition to these reports, you can learn more by watching this WILPF interview with Amal Abusnour, the director of programs for WCLAC, about “Palestinian Women under Prolonged Occupation”. You can then read the report, “Palestinian Women UnderProlonged Israeli Occupation: The Gendered Impact of Occupation Violence”. To go deeper, we will be developing an extensive list of Additional Resources at the bottom of this week’s entry as well as a YouTube playlist on the subject.