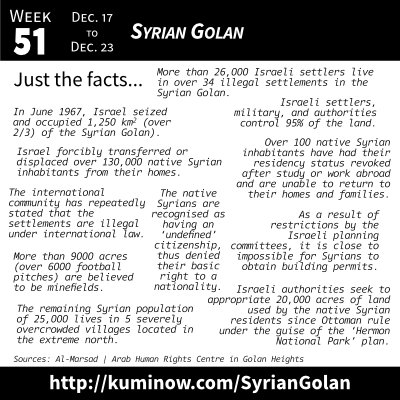 These facts all come from the Al-Marsad ‘Issues’ pages, which you can access from the menu on their homepage.

To learn more about the Syrian Golan you can read the Al-Marsad ‘Issues’ articles on their website and check out their map and accompanying booklet in PDF. They also have a series of reports on various aspects of the Israeli occupation of the Syrian Golan.  And we have a playlist of related videos on YouTube.