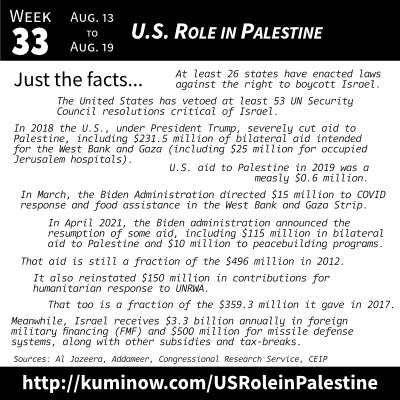 You might want to read “10 Things to Know: Biden’s Approach to the Israeli-Palestinian Conflict” by Ambassador Hesham Youssef for the United States Institute of Peace.  ​To go deeper, we will be developing an extensive list of Additional Resources at the bottom of this week’s entry as well as a YouTube playlist on the subject.