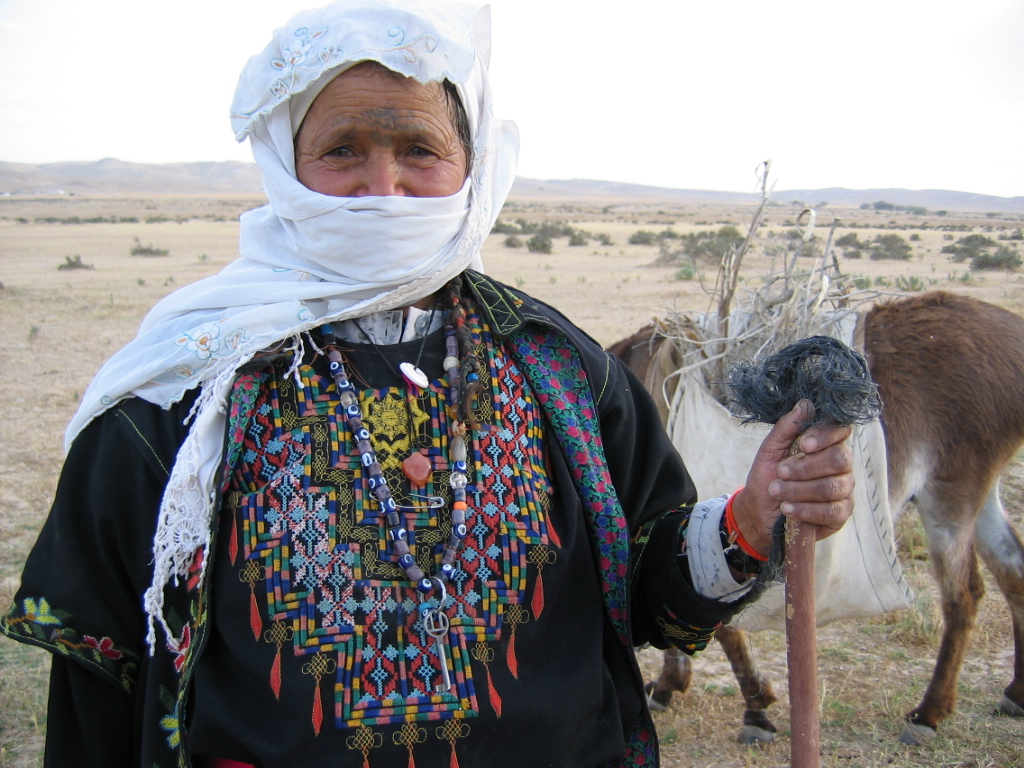 Palestinian Arab citizens of Israel face a number of challenges. Unrecognized Palestinian Bedouin villages in the Naqab are constantly threatened with home demolitions and land transfers, not to mention their lack of representation or services by the State of Israel. The Regional Council of the Palestinian Bedouin Unrecognized Villages (RCUV) seeks to combat this by providing such representation for these communities. Here’s what you need to know and what you can do so that together we can rise up.

Founded in 1997, the Regional Council of the Palestinian Bedouin Unrecognized Villages (RCUV) is a community non-governmental organization which represents the residents of the 45 unrecognized villages in the Naqab, Israel. These villages have a total population of 74,000 inhabitants and each range in size from 500 to almost 5,000 residents. They are deprived of their municipal services and political representation and are constantly threatened with mass transfer and segregation by the State of Israel. A majority of the other 45% of the Bedouin community in the Naqab is Internally Displaced. The purpose of the RCUV is to represent these communities and create awareness of their collective demands from the State of Israel.

You can find RCUV on Facebook at https://www.facebook.com/rcuvn/ (Hebrew and Arabic).

In Israel there are dozens of Israeli-Arab communities that the state of Israel does not recognize, either by intentionally not placing them on the map or by refusing to provide them with services. Some 224,000 Bedouin lived in the Naqab in 2014, around a quarter in unrecognized villages, according to Israel’s Central Bureau of Statistics. Ironically, the majority of these communities existed before the establishment of the State of Israel. But the government continues to deny them recognition and has deemed many of the lands belonging to these communities as “agricultural lands,” so the people who live in them are considered illegally squatting on the land by the State.

According to The Association for Civil Rights in Israel (ACRI), “the government uses a variety of measures to pressure Bedouins into relocating to government-planned urban centers that disregard their lifestyle and needs. Whole communities have been issued demolition orders; others are forced to continue living in unrecognized villages that are denied basic services and infrastructure, such as electricity and running water.”1 These measures, such as the evacuation and demolition of unrecognized villages, are designed to forcibly displace the Bedouin residents in violation of their rights to property, dignity, equality, and due process.

These displacement policies are not new inventions but have been in place for some time. According to the organization Adalah, “The forced eviction and concentration of the Bedouin community were established as central pillars of the government’s policy towards them during the military regime period (1948-1966) that followed the founding of the State of Israel. It sought to strictly restrict their living area to a limited geographical area known as the ‘Siyag,’ closely monitor and control them, and force them to abandon their traditional way of life, culture and their traditional economy based on cattle-rearing and farming. The ultimate aim of this policy was to empty large areas of the Naqab of its Bedouin inhabitants in order to use it to build and expand Jewish towns and villages in their stead. It was largely effective: as a result of state policy, Arab Bedouin residents were expelled from 95 percent of the Naqab outside the Siyag area during this period.”2

Through all these policies, the State of Israel is actively trying to clear the land of its Bedouin population in order to provide large tracts of land for the use and development of the Jewish population in the Naqab. This can be clearly seen in the unequal land distribution between Arab citizens of Israel and Jewish citizens of Israel. Writing on behalf of RCUV, Maha Qupty stated that “Israeli Land laws serve only Israel’s Jewish citizens and recognize only Jewish land. Land laws do not recognize the lands of Palestinian citizens. For decades, and through a variety of mechanisms, land has been transferred from the Palestinian minority to the Jewish majority. As a result, today, Palestinians, about 20% of the population, own only around 2% of the total land, whereas before 1948 they owned 97% of the land. The Palestinian Bedouin community (25% of the Naqab’s population) owns only 2% of the total land in the Naqab. Prior to 1948, they owned 98% of this land.”3

3 Report by RCUV to the UN Human Rights Council, 2003 www2.ohchr.org/english/issues/minorities/docs/maha.doc

Al-Araqib: The Village Demolished Over 100 Times

Israeli forces have destroyed a village in the country’s southern Naqab region for the 119th time. Residents of al-Araqib village said that armed forces and riot police stormed into the village with bulldozers early in the morning on the 3rd of October, 2017, razing its remaining buildings to the ground. “They stormed in and destroyed everything, every single building, every single home,” village leader Siyah al-Touri.

The village, home to around 220 people, was first demolished on July 27, 2010. Since then, displaced residents have sought help from local activists to rebuild.

“We’re now living in makeshift homes, thanks to the state’s racist and criminal policies,” al-Touri said. “They want to forcibly move us and do not comprehend that we are citizens of the state. They don’t recognise us, and if they did, they would have granted us our rights.”

Israeli authorities regularly carry out demolition orders in the Naqab, arguing that these villages lack building permits, but residents say it is impossible to obtain a permit to build legally. Al-Araqib is one of some 40 “unrecognised” Bedouin villages in southern Israel that are under existential threat. “No matter what, we will remain on our ancestors’ lands,” al-Touri said. “Our cemetery has been here since 1914, and we have six water wells that we aren’t even allowed to drink from.”

The last time al-Araqib underwent a demolition order was on September 14. Demolition orders against the village are executed on a monthly basis. “We called for the immediate halt to demolition orders,” said Sahbi Ibn Thuri, a lawyer representing al-Araqib’s residents. “But the state refused to recognize the tribe’s ownership of the village, claiming that the land was lent to them by the state back in the 1950s.”

“People like the residents of al-Araqib only realize their land had been confiscated when the police arrive with bulldozers to destroy their homes,” Thuri said. “The state claims these lands belong to them, but in reality, this is not the case. These people have inhabited the land way before the state ever existed.” According to Thuri, the state will not grant the residents ownership of the village, even if they prove that they are the rightful owners.

“At best, they’ll [al-Araqib residents] be provided with compensation in the form of an alternative piece of land,” Thuri said. “But that, they have completely refused.”

Originally published by Al Jazeera on October 3, 2017, adapted for publication, at https://www.aljazeera.com/news/2017/10/israel-destroys-bedouin-village-119th-time-171003135958243.html. Since the article’s publication, this village has been destroyed four more times.

We want to nominate Sheikh Siyah al-Tour for the Nobel Peace Prize! While you may not fit the guidelines of a ‘Qualified Nominator,’ reach out to those who are qualified and ask them to nominate Sheikh Siyah al-Touri for his noble work as village leader of Al-Araqib, which has been destroyed over 120 times. Those who qualify as Nobel Peace Prize Nominators according to https://www.nobelprize.org/nomination/peace/ include:

You can also send an email to the Norwegian Nobel Committee at postmaster@nobel.no, letting them know that you would like to see Sheikh Siyah al-Touri nominated for the Nobel Peace Prize. Share your messages on social media, letting us know who you asked to nominate Sheikh Siyah al-Touri. Include a link to this page of the Kumi Now website along with the hashtags #KumiNow and #Kumi18.

“In the Deserts of Exile” by Jabra Ibrahim Jabra

O land of ours where our childhood passed

Among the almond-trees in the valleys–
Remember us now wandering
Among the thorns of the desert,
Wandering in rocky mountains;
Remember us now
In the tumult of cities beyond deserts and seas;
Remember us
With our eyes full of dust
That never clears in our ceaseless wandering.

By Jabra Ibrahim Jabra, a prolific Palestinian Syriac-Orthodox author and artist born in Bethlehem and later exiled to Iraq in 1948. As published in “Communities at the Margins: Arab Poetry of the Desert” by Maysa Abou-Youssef Hayward. Published by Arid Lands Newsletter at https://cals.arizona.edu/OALS/ALN/aln50/hayward.html.