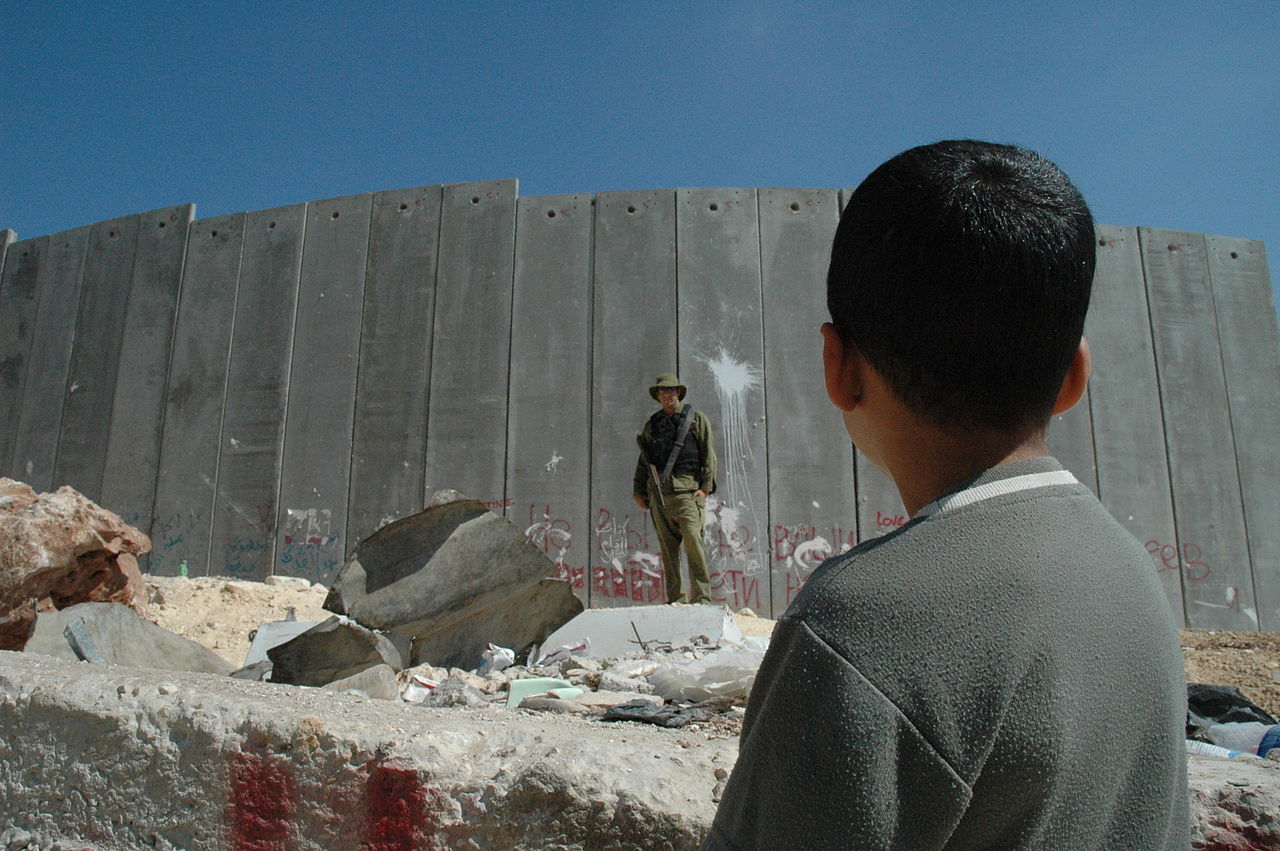 Palestinian communities in the occupied territory are being torn apart due to the construction of the separation barrier, otherwise known as the Apartheid Wall. As the wall gets built, Israel is effectively annexing more and more Palestinian land to itself. Stop the Wall is fighting against the wall’s construction, as well as its worst effects, by organizing grassroots efforts against it both locally and internationally. Here’s what you need to know and what you can do so that together we can rise up.

The Palestinian grassroots organization Stop the Wall was formed almost immediately after Israel started construction of the wall. Based on the spontaneous formation of local committees that formed to protest and stop the bulldozers from destroying Palestinian land and property, this national coordination body was formed.

Stop the Wall’s goals are:

Stop the Wall supports local organising, develops research to strengthen political action, coordinates national action, networks with other Palestinian organisations, and pressures Palestinian officials to provide support for the people affected by the wall and the settlements.

Stop the Wall understands the struggle against the wall as part of the overall effort of the Palestinian people to achieve self-determination, equality, and the return of the refugees. Stop the Wall believes it has to be a national priority to reinforce popular resistance – the united struggle by a people that are educated, critical, and actively mobilized to contribute to the overall goals of liberation.

Stop the Wall is working to bring together struggles for justice, freedom, and equality across the globe. Stop the Wall strongly believes that effective solidarity is not charity but a common struggle for a better world.

In May 2002, hundreds of Israeli bulldozers entered Palestinian agricultural land and started large scale destruction for what later would turn out to be the start of the construction of Israel’s over-700 kilometers wall. The wall in urban areas is up to eight meters tall, while in rural areas it takes the shape of a maze of fencing, razor wires, patrol roads, watchtowers, and sensors. Together with the military-closed zones and the settlements, Israel uses the wall to prohibit Palestinians access and use of some 60% of West Bank land, including the water sources located there. The wall cuts off villages from each other and bars access to schools, hospitals, and other services for communities that are isolated by the wall and checkpoints.

One of the most common arguments used to justify the wall is that it decreases suicide bombings and is, therefore, essential to Israel’s security. However, Shin Bet, Israel’s security agency, stated that the central reason for the decrease in suicide bombings since 2005 was not the wall but the truce with Hamas1. Also, if the wall was primarily built for security then it should run inside Israel’s land or along Israel’s borders. However, 85% of the wall’s path runs inside the West Bank. It is one thing to build a wall on your own land, but quite another to build it on your neighbour’s land. The wall is being used to annex Palestinian land and further solidify Israel’s illegal occupation of the Palestinian territory. It is important to stress that the International Court of Justice declared the construction of the wall illegal in 2004. Often the argument of security is used to both hide and justify the pernicious effects of the wall on the Palestinian community.

Since the signing of the Oslo Agreement in 1993, Israel has systematically worked to ensure Palestinians have been gradually pushed into the 40 percent of what was in the agreements defined as area A, while colonising the rest with settlements.The wall in all its shocking cruelty is the culmination of a long-standing Israeli plan.

With the wall three-quarters finished, Israel is rapidly and relentlessly finalizing the last infrastructural adjustments to close off the areas set aside for Palestinians. For those communities outside these boundaries, Israel continues a plan to expel them from their homes and lands.

If Israel’s plans come to reality, Palestinians will be reduced to living on 13% of their historical homeland. Since the start, Palestinian communities recognised the wall not only as a means to confiscate land and resources but as an expression of Israel’s institutionalised regime of racial discrimination. It re-creates the Bantustans that have been a fundamental element of apartheid in South Africa. They have hence called it the Apartheid Wall.

Already during these early days, Khalid Yousef Zeet, a resident and farmer in Qalqiliya, has lost much of his land. His grandfather lost almost fifty dunums (1 dunum is a quarter of an acre) of land in 1948. Three dunums of cabbage is all Khalid was left with after November 2002 when the Israeli military confiscated his other five dunums of cropland, bountiful with orange, lemon, guava, and olive trees, for the wall.

Khalid continues to work his last three dunums of land despite harassment from Israeli contractors and private security. As most farmers in Qalqiliya, Khalid is repeatedly threatened by the military to stop working even his last remaining land. Recounting the number of instances he was threatened, Khalid laughed, “Over a hundred! But they’ve only shot near me twice to leave.”

The loss of land, which is threatening Khalid’s ability to sustain his family, has brought many of Qalqiliya’s farmers together to support one another in cultivating confiscated lands. Together, farmers risk their safety and lives to harvest what they can in these lands. Khalid’s neighbors share his feelings that the wall is destroying everything – their land, the market, the ability to live, and their freedom.

George, from Bethlehem, has to pass checkpoints every day since 2005, either to go to university or to work.

George explains: “The checkpoints are huge obstacles in our lives because they prevent us from moving freely. Checkpoints are the most humiliating experience to human dignity and freedom, when you are exposed to the checking process, even though you are in your own country.

The presence of the checkpoint affects a person’s entire life. For example, someone who lives in Hebron and wants to visit Tulkarem, will pass at least 5 main checkpoints, and if every checkpoint stops him/her, by the time he/she reaches their destination the day will be over. Also, the checkpoints have instilled fear in people which makes them move or only travel to other cities in a case of emergency. This has a huge negative impact on people and their social life.”

The story of Wad Rahal

Wad Rahal’s residents live in the shadow of Efrat, one of the largest illegal Israeli settlements in the West Bank.

The settlers control Wad Rahal’s water, which flows through a shared water pipe that fills the village’s tanks. During the summer when water is a priceless commodity, villagers say that Efrat cuts their water to one day a week, leaving them to savor the water in their tank for an entire week before refilling it. The main road through Wad Rahal is now blocked. In case of medical emergencies the closest access to medical care is in Bethlehem and people have died on route to the hospital, unable to get medical attention soon enough.

Send an empty small cardboard box to the Israeli Parliament (Knesset) Foreign Affairs and Defense Committee with a note reading: “Opening checkpoints is as easy as opening this box. Take down the Apartheid Wall!”

Send it to the following address:

Or send an email that reads: “Opening Checkpoints is as easy as opening this email. End checkpoints and take down the Apartheid Wall!” to the committee’s email address: v_bitachon@knesset.gov.il

Share a picture of your box and one of the short videos or other items listed under ‘Additional Resources’ on social media. Include a link to this page of the Kumi Now website, a link to the Stop the Wall campaign (https://www.stopthewall.org/call-global-day-interaction-worldwithoutwalls-november-9-2018), and the hashtags #WorldwithoutWalls, #KumiNow, and #Kumi3.

“Many small people, who in many small places do many small things, can alter the face of the world.”