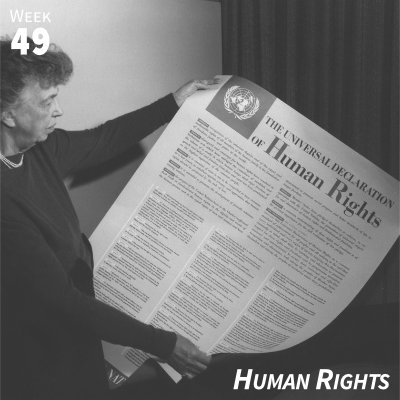 Since 1994 the occupied Palestinian territory has been governed loosely according to the principles and administrative institutions established under the 1994 Oslo Accords signed between the Palestinian Liberation Organization (PLO) and Israel.

Having conducted extensive legal assessment of the human rights situation within the occupied Palestinian territory since the implementation of the Accords, Palestinian Center for Human Rights  (PCHR) concluded that fundamental human rights values have not been an integral part of the political structures established, nor will the Oslo Accords and subsequent political negotiations challenge the Israeli occupation and its resulting human rights abuses. In the years following Oslo, Israeli settlements and military installations have dramatically expanded and solidified their presence within the occupied Palestinian territory and the apartheid regime of separation and discrimination between Israelis and Palestinians has been strengthened.

Any political solution to the Palestinian question not based on human rights is neither just nor sustainable. Kumi Now organizations need to work together to demand of Palestinian authorities and the international community that the highest level of protection is given to Palestinians, leading to Palestinian self-determination and independence in accordance with international law and U.N. resolutions.

Through the week we will publish and share stories and essays highlighting the work done by organizations and individuals to do just this, suggesting ways we can work together and steps you can take to be involved.

Adapted from PCHR’s philosophy statement and updated for the second edition of Kumi Now.

“My dream was to have a normal childhood and to live in freedom, prosperity and good health,” Hani Bassam Qdieh emphasizes as he starts talking about his life. Hani is a 21-year old Khan Yunis resident and the oldest of his brothers and sisters. He started suffering at the age of 5 when he was diagnosed with cancer in the respiratory system and otitis medium. As the medical facilities in the Gaza Strip cannot accommodate the advanced treatment that his condition requires, his case was transferred to Assuta hospital in Tel Aviv in 2016. Until now, his exit permit for medical treatment has been rejected by the occupying power for security reasons.

Hani received both chemotherapy and radiology in Hadasa hospital in Jerusalem in 2005, as a result of which damage occurred in his right facial nerve, which he suffers from until the present day. “I had a very hard time growing up with my condition and as a young child I blamed my parents for not treating me like other children. I had difficulties with speaking and also my sight was affected, so I grew up isolated as I could not socialize with other kids.”

Approximately one year ago, the doctors decided that Hani should do an atomic scan of the tumor area before a big surgery in order to determine how spread the tumor is and plan the surgery and treatment accordingly. “The doctors told me that I need ongoing medical follow up and a surgery in a specialized hospital on the seventh nerve on my face where the tumor is located,” Hani explains. Due to the unavailability of this treatment in the Gaza Strip and West Bank hospitals, Hani’s case was transferred to Assuta hospital in Tel Aviv. The doctors scheduled seven appointments between August 15, 2016 and February 27, 2017 and the family has relentlessly been trying to get exit permits for their son’s medical treatment from the Israeli authorities.
On September 25, 2016, Hani was summoned by the Israeli security services and interrogated for hours. The Israeli officer questioned him about his disease and medical condition and also about his family members and people living in his neighborhood. Hani was finally asked to request another appeal and promised that his chances of approval were very high. September 26, 2016, Hani requested an appeal according to the rules of the Israeli office of civil affairs to travel for treatment. Two weeks later the patient received the news that his case was under scrutiny. At the end of October, Hani sent a new appeal to the general authority of civil affairs with the aim of traveling in the end of November. Following yet another rejection, the family tried again and sent a travel request on December 5 with the aim of traveling two weeks later. “I applied 14 times to get a permit and every single time it was rejected, my case was held under scrutiny or I was questioned for hours by the Israeli intelligence,” Hani stresses.

PCHR submitted two appeals, in October and November 2016, emphasizing that Hani has not committed any violations of law that would explain a delay of travel or revoke of his medical treatment. Even though Hani is a cancer patient in a severe medical condition, both appeals were rejected by the occupying power. If his travel gets delayed further, his medical condition will deteriorate. “Whenever the date of travel comes closer, I become very anxious and pray to god that I can leave. Every time I get a rejection I get more disappointed,” Hani describes.
The last time Hani applied for a permit from the Israeli authorities through the general authority of civil affairs in Gaza, on February 27, 2017, he received the response that his application was under study.

This was after he was interrogated by the Israeli intelligence at Erez crossing in January 2017 and, again, informed that there was no issue with him traveling and asked to simply apply for a new permit. According to the World Health Organization (WHO), approval rates for exit permits from Gaza dropped as low as 44% in October 2016, compared with 82% in 2014 and 93% in 2012.

“My only wish is to get treatment in another country and finally get better, but I don’t even have enough money to cross Rafah (into Egypt),” Hani explains. “Our only dream is for our son to live a normal life, to be treated like everyone else, to be able to study and get married. When the doctors told us that he can be cured, we were so relieved but the closure is destroying all his chances to get better,” Hani’s father emphasizes.

The Israeli closure is depriving the Gaza population of their right to enjoy the highest attainable health standards by prohibiting patients to travel abroad for medical treatment. According to PCHR records, more than 10,000 civilians were affected by this in 2016 alone. This is in addition to the decline in medicine and medical equipment in Gaza as a result of the siege, which prevents patients from acquiring appropriate treatment within the Gaza Strip. The PCHR relentlessly fights for patients’ exit permits for medical treatment abroad to enable civilians to gain access to the highest attainable standard of health, which is considered a fundamental right of every human being.

Originally published by the PCHR.

Call into your local radio stations and dedicate a song for Palestine. Share what song you chose for Palestine on social media and include a link to this page of the Kumi Now website along with the hashtags #OpenGaza, #KumiNow, and #Kumi49. See what other songs people are sharing and check out our Kumi playlist!

Literature: Preamble to the Universal Declaration of Human Rights

Whereas recognition of the inherent dignity and of the equal and inalienable rights of all members of the human family is the foundation of freedom, justice and peace in the world,

Whereas disregard and contempt for human rights have resulted in barbarous acts which have outraged the conscience of mankind, and the advent of a world in which human beings shall enjoy freedom of speech and belief and freedom from fear and want has been proclaimed as the highest aspiration of the common people,

Whereas it is essential, if [humankind] is not to be compelled to have recourse, as a last resort, to rebellion against tyranny and oppression, that human rights should be protected by the rule of law,

Whereas it is essential to promote the development of friendly relations between nations,

Whereas the peoples of the United Nations have in the Charter reaffirmed their faith in fundamental human rights, in the dignity and worth of the human person and in the equal rights of men and women and have determined to promote social progress and better standards of life in larger freedom,

Whereas Member States have pledged themselves to achieve, in co-operation with the United Nations, the promotion of universal respect for and observance of human rights and fundamental freedoms,

Whereas a common understanding of these rights and freedoms is of the greatest importance for the full realization of this pledge,

Now, therefore, THE GENERAL ASSEMBLY proclaims THIS UNIVERSAL DECLARATION OF HUMAN RIGHTS as a common standard of achievement for all peoples and all nations, to the end that every individual and every organ of society, keeping this Declaration constantly in mind, shall strive by teaching and education to promote respect for these rights and freedoms and by progressive measures, national and international, to secure their universal and effective recognition and observance, both among the peoples of Member States themselves and among the peoples of territories under their jurisdiction.