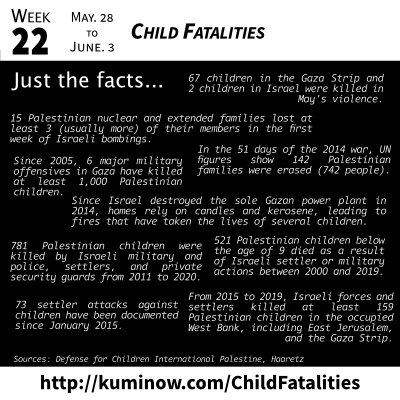 You can start by reading the New York Times front page story “They Were Only Children” by Mona El-Naggar, Adam Rasgon, and Mona Boshnaq.  ​To go deeper, we are developing an extensive list of Additional Resources at the bottom of this week’s entry as well as a YouTube playlist on the subject.