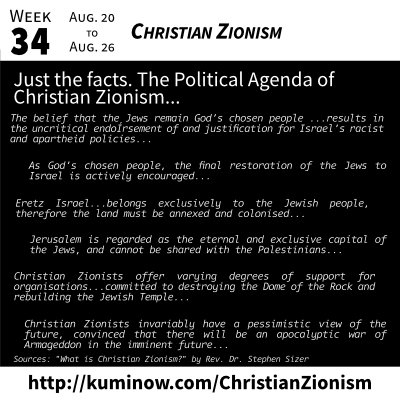 Rev. Dr. Stephen Sizer has a book called Zion’s Christian Soldier’s? The Bible, Israel, and the Church. And you can watch Stephen Sizer’s 2019 talk on Christian Zionism at the Christ at the Checkpoint USA conference. ​