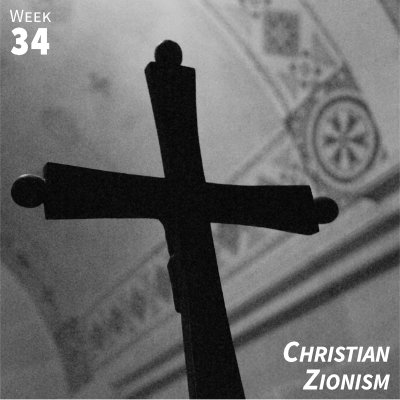 Christian Zionists claim that the promise of the land made to Abraham, Isaac, Jacob, and Joseph was unconditional and eternal. God who scattered Israel will gather Israel back. Christian Zionists believe that Jewish people are the chosen race and have a unique relationship to God. According to their biblical literalism, they believe the Church’s responsibility is to provide comfort and blessing to Israel in order to keep God’s blessing.Those deemed to be critical of Israel are viewed as thwarting God’s will.

Fundamental to Christian Zionist theology is the concept of dispensationalism, which speculates that God planned the world from beginning to end according to a timetable. Israel plays the main role throughout the last period, when it is to be restored as a nation, rebuild the Temple, and reinstate the priesthood and sacrificial system. Christian Zionists believe this will trigger the stage where Christ will return in the air to “rapture” the Church before the tribulation begins on earth.

For Christian Zionists, the true borders of Israel are defined according to the biblical promise to Abraham. Therefore, they believe the Jewish people have the absolute right to possess and dwell in Judea, Samaria, Gaza, and the Golan. Christian Zionists believe that Jerusalem must remain under Israeli control and that international embassies should be located there. They have ignored international law and voiced their opposition to peace negotiations seeking an end to the occupation and the creation of a Palestinian state.

In responding to Christian Zionism, our reading of the Bible emphasizes and reiterates the values of human rights and international law. God, creator and redeemer, loves all people equally and demands that justice be done. The Church of Scotland writes, “Christians should not be supporting any claims by any people to an exclusive or even privileged divine right to possess particular territory. We believe that is a misuse of the Hebrew Bible (the Christian Old Testament) and the New Testament to use it as a topographic guide to settle contemporary conflicts over land. In the Bible, God’s promises extend in hope to all land and people.”

Through the week, we will publish and share more pieces on Christian Zionism, its role in Israel and Palestine, and its effects on the ground. We will also highlight the organizations and thinkers working to counter the influence and effects of Christian Zionism.

Essay contributed by Peacemaker Trust. Updated for the second edition of Kumi Now.

Nine out of every ten Zionists are so-called Christians. The Israel lobby

is therefore ultra-sensitive when Christian Zionism is challenged. The standard tactic used against anyone defending Palestinian rights or challenging Zionism is to intimidate you with emails, letters, and phone calls. If that doesn’t work they will try and isolate you by defaming you and intimidating others. If that fails, they will try and incriminate you through guilt by association, or with spurious accusations of antisemitism or holocaust denial.

In my case, it began with attempts to have my PhD from Middlesex University revoked and by challenging my examiners. When my thesis was published, they tried to pressure the publisher to withdraw my books. They repeatedly used anonymity to attack me online. They telephoned and wrote to members of my church staff to persuade them to leave or disassociate from me. They brought a formal complaint, which was eventually withdrawn, against me to my bishop. They repeatedly intimidated the staff and trustees of various charities I was associated with. Invitations to speak at conferences were occasionally withdrawn due to pressure. When I have spoken at conferences they have tried to disrupt the meetings. So, if you are motivated to advocate for justice, peace and reconciliation in Palestine, be prepared to be targeted, vilified, and ostracised. Then remember you are in good company.

Jesus said, “Blessed are you when people hate you, when they exclude you and insult you and reject your name as evil, because of the Son of Man. Rejoice in that day and leap for joy, because great is your reward in heaven. For that is how their ancestors treated the prophets.” (Luke 6:22-23)

Speak with a representative of your school library or community library, encouraging them to stock more digital and physical resources and books that counteract the harmful politics and theology of Christian Zionism. Ask them to stock the books mentioned in the Additional Resources section of this entry or buy one of these books yourself and donate it to a library or pass it on to a friend!

Take pictures of the books you requested or donated and share them on social media. Include a link to this page of the Kumi Now website along with the hashtags #KumiNow and #Kumi34.

en measures of beauty God gave to the world

Nine to Jerusalem, one to the rest

Ten measures of sorrow God gave to the world

Nine to Jerusalem, one to the rest

Pray for the peace of Jerusalem

From “Ten Measures of Beauty” by Garth Hewitt, a singer-songwriter from England.

“The Jerusalem Declaration on Christian Zionism” from Peacemaker Trust: https://peacemakers.ngo/2018/07/29/the-jerusalem-declaration-on-christian-zionism/

“The inheritance of Abraham? A report on the ‘promised land’” from the Church of Scotland:  http://whtt.org/wp-content/uploads/2015/09/The-Inheritance-of-Abraham-Church-of-Scotland-20130501.pdf

We have a YouTube playlist with videos about natural resources of Palestine.

And our previous entry with Peacemakers Trust addressed natural resources: