Just the Facts: Discriminatory Policies towards the Palestinian People 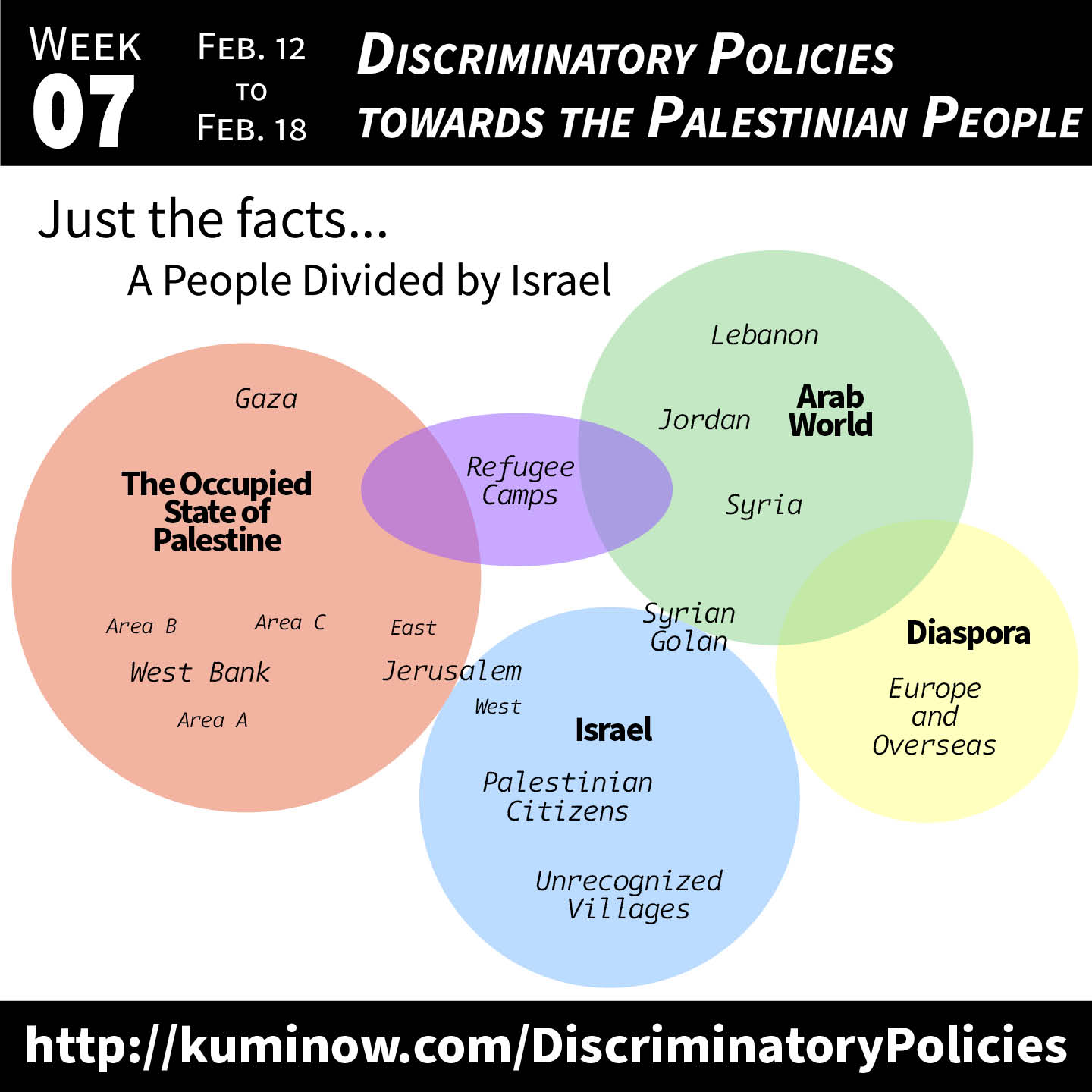 So this week’s Just the Facts isn’t really a list of facts and figures. It is, however, a visual that helps demostrate the many subgroups that Palestinians as a whole have been divided into since the Nakba. The visual itself reminds us why it quickly gets difficult to discuss the rights of Palestinians, how (or even which) laws apply to them, who is responsible for their situation, and what are their needs and challenges.   Divided as they/we are by geography and geopolitical borders, it becomes easier to understand that this fragmentation, which at times looks accidental, is often a goal of Israel’s discriminatory policies, whether towards Palestinians within its own borders, those under its occupation, or those in the diaspora or refugee camps denied their right of return and other rights (such as travel to Palestine).   While we look at what those discriminatory policies are in our Kumi Entry, it is also worth taking a look at efforts to define and strengthen a Palestinian national identiy. You could start with:

And to better understand Israel’s convoluted and discriminatory registry and ID system, which effects all Palestinians in Israel and the occupied territory, see Visualizing Palestine‘s infographic.

To go deeper, we have an extensive list of Additional Resources at the bottom of this week’s entry and we’re developing a YouTube playlist on the subject.