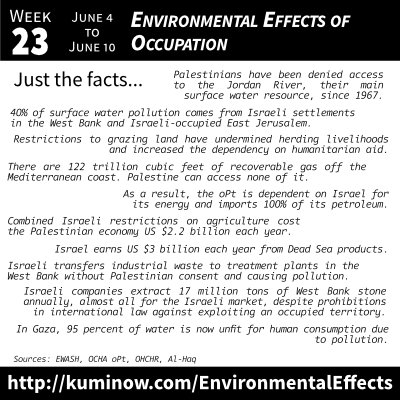 You can learn more by reading the article “An Environmental Nakba: The Palestinian Environment Under Israeli Colonization” by Mazin B. Qumsiyeh and Mohammed A. Abusarhan for Science for the People and the report “Environmental Nakba Environmental injustice and violations of the Israeli occupation of Palestine” from Friends of the Earth International.

​To go deeper, we are developing an extensive list of Additional Resources at the bottom of this week’s entry as well as a YouTube playlist on the subject.