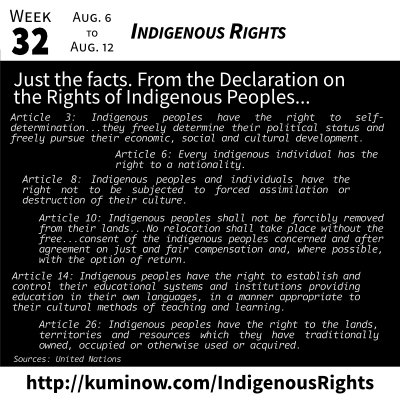 The declaration is several pages long and, like the UN Declaration of Human Rights, is worth reading in full. However, some of its most critical rights, when looked at from the perspective of Palestinians, include:

There are many resources out there for learning about indigenous peoples and their struggles around the world. A few places to start include: