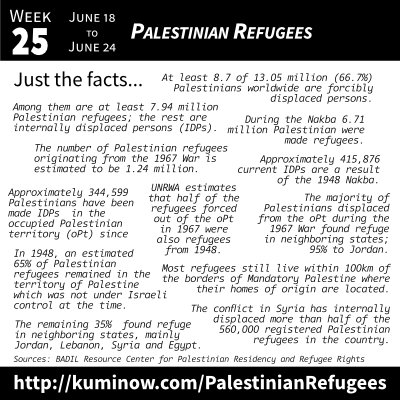 These facts are drawn from Badil’s“Q and A: What you need to know about PalestinianRefugees and Internally Displaced Persons”. It is available as a PDF here.

To learn more, in addition to reading BADIL’s pamphlet, you can also look at Visualizing Palestine’s visual. ​To go deeper, we are developing an extensive list of Additional Resources at the bottom of this week’s entry as well as a YouTube playlist on the subject.