Just the Facts: Right of Return 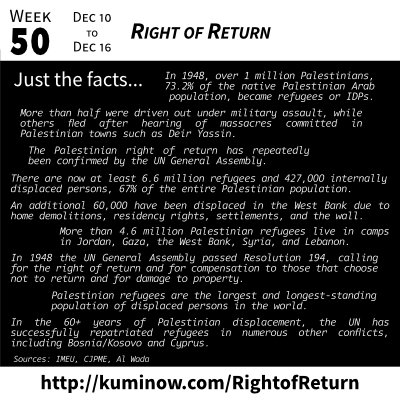 These facts come from:

To learn more you can read “Palestinian Refugees and the Right of Return” from American Friends Service Committee. And we have a playlist of related videos on YouTube.