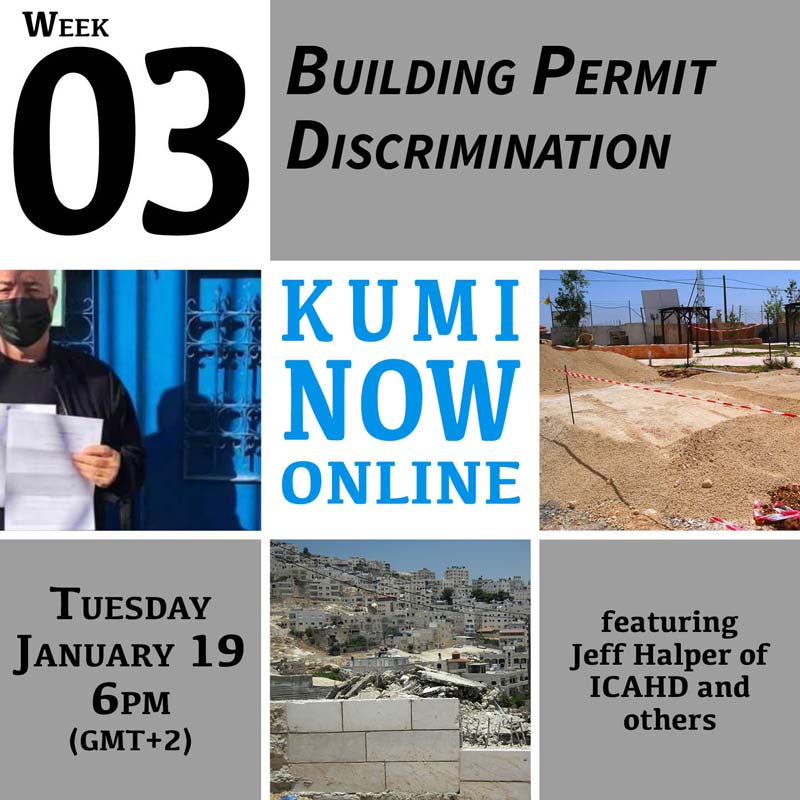 Please register to join us. Here are the details:

Jeff Halper is a co-founder and former Director of the Israeli Committee Against House Demolitions (ICAHD). He is also a co-founder of the People Yes! Network (TPYN) He is a member of the advisory board to the One State Foundation.

Halper was born in the United States and has lived in Israel since 1973. He is educated as an anthropologist but mostly known as an author, activist and lecturer. He has written several books on the Israeli-Palestinian conflict and is a frequent writer, focusing mainly on nonviolent strategies to solve the Israeli-Palestinian conflict. He supported the two state model until 2012 but since has come to the realization that the one state reality no longer allows for such a solution. In the context of one state Jeff is a proponent of a binational state model.

Jeff Halper’s latest book, Decolonizing Israel, Liberating Palestine, is out this week. Pluto Press is hosting an online launch party for the book on January 27th. Please register and join us there.

Dr. Meir Margalit is a human and civil rights activist in Jerusalem. He is a cofounder of ICAHD and CAPI, The Committee for the Advancement of Peace Initiatives. He is currently a member of the Jerusalem City Council, in charge of the East Jerusalem portfolio.

He was born in Argentina and moved to Israel in 1972. During his military service he served in a Jewish settlement in Gaza Strip and was injured in the Yom Kippur War of 1973. During his recovery he began to adopt a radical progressive and pacifist position. He was an elected member of the Jerusalem City Council, representing the Left-Wing Meretz Party between 1998 and 2002. He was elected again for Meretz in 2008, and returned to the city council, Margalit is the author of various books on municipal policy and a frequent speaker and lecturer in many countries around the world.

https://www.aljazeera.com/program/newsfeed/2019/11/19/animation-the-story-of-dr-meir-margalitYou can read his article “Jerusalem as a Non-City” and buy his book, The City of Jerusalem. Please follow him on Facebook and watch this profile of him.