Just the Facts: Blockade of Gaza 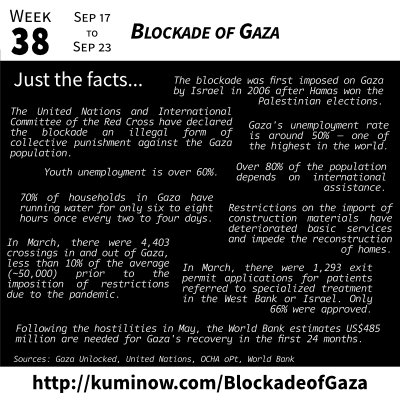 Learning More To learn more about the blockade of Gaza we suggest you read “Gaza Strip: A beginner’s guide to an enclave under blockade” from Al Jazeera. And you can watch the short video “How life changed since Israel blockaded the Gaza Strip?” from WION. To go deeper, we will be developing an extensive list of Additional Resources at the bottom of this week’s entry as well as a YouTube playlist on the subject.