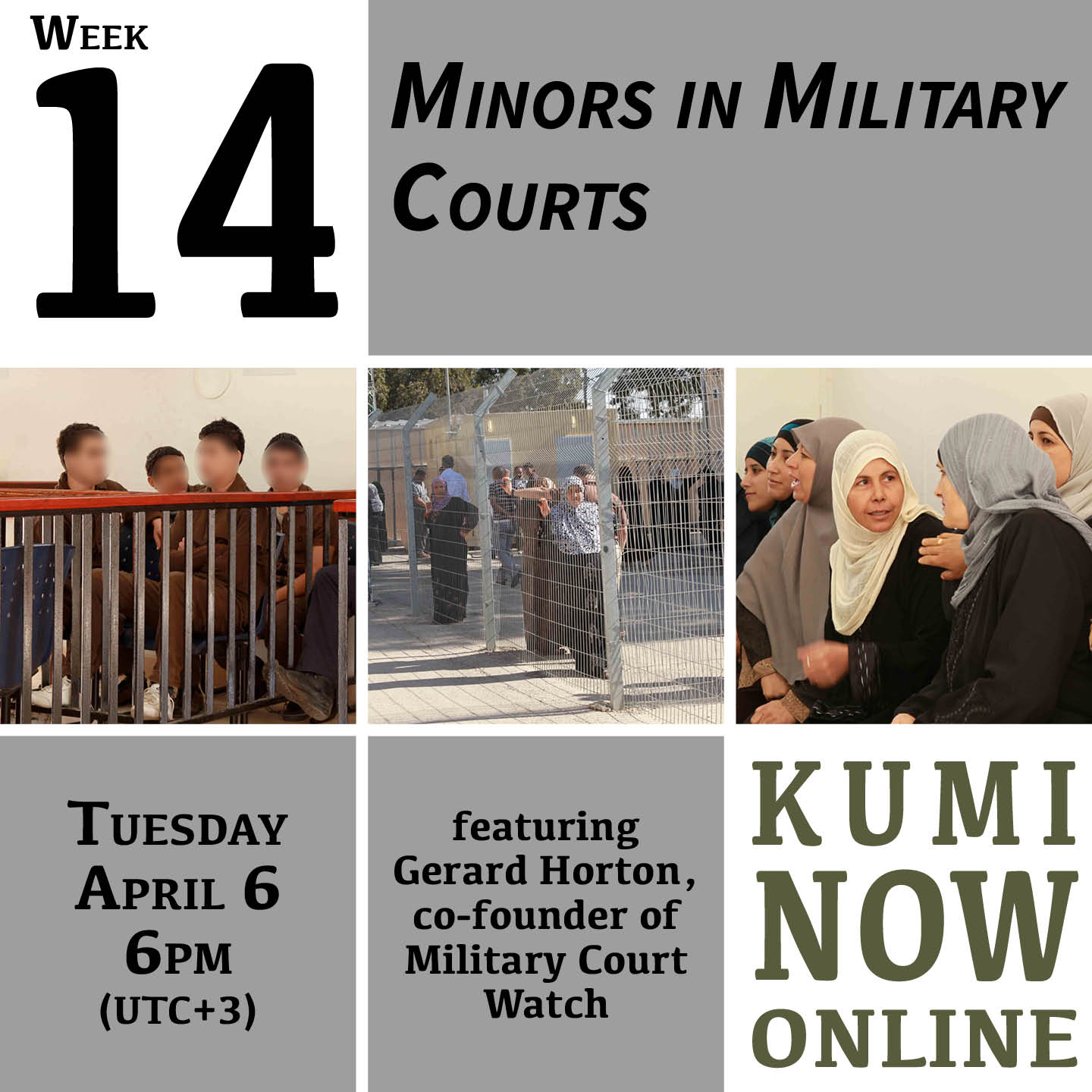 We learned how Palestinian children are a target of the occupation and, in the words of Al-Haq, part of the psychological warfare “utilized by Israel to constantly remind the Palestinian population that it is subjugated and occupied.” Our guest was Gerard Horton, co-director of Military Court Watch.

Gerard Horton is a lawyer and co-founder of Military Court Watch. He has worked on the issue of children detained by the Israeli military and prosecuted in military courts for more than a decade, prior to which he practiced as a barrister at the Sydney Bar specialising in commercial and criminal cases.