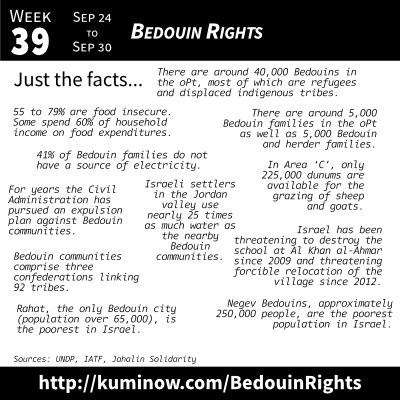 To learn more about the Bedouin of Palestine and Israel we suggest you read the IATF’s“The Issue: Negev Bedouin”. And you can watch “High Hopes” from Guy Davidi and Jahalin Solidarity. To go deeper, we will be developing an extensive list of Additional Resources at the bottom of this week’s entry as well as a YouTube playlist on the subject.