Just the Facts: Nonviolence in Palestine 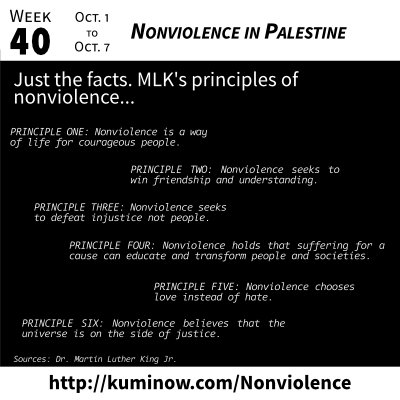 To learn more about nonviolence in general we suggest you read How Nonviolent Struggle Works by Gene Sharp, available for free from the Albert Einstein Institution and Why Civil Resistance Works: The Strategic Logic of Nonviolent Conflict by Erica Chenoweth and Maria Stephan.